With a new week, it’s time for a new State of the Game blog. Since the launch of MapleStory 2, we’ve been discussing many topics in detail each week and this week is no different. Let’s dive right in.

Our main topic today is a continuation of last week’s discussion: gear progression. We’ll be discussing some additional changes we’ve made since the last announcement, centered around Hard Adventure Dungeons and Enchanted Item Dismantling, while also going over bits of info regarding December content to address the issues at hand.

After last week’s Producer Blog, we’ve received an ample amount of feedback. After careful review with the team and dev studio, we have decided to make the following changes:

Keep the dungeon structure as we have announced last week:

After a thorough discussion with the lead designer and the dev studio, we agreed that this new structure is needed for not only the current community but also for future new players to better experience the game with a variety of dungeon content to enjoy.

Addition of new rewards to the BeyondLink Tris and Rune Temple:

Based on player feedback, we learned that the community is mainly concerned about two things:

These Re-Rollers will let you re-roll your bonus stats and you will be able to choose to keep your current stats or the new one. Additional rewards will let you focus on each specific gear parts step-by-step and enchant them, knowing you can change the bonus stats later on.

Sky Fortress is right around the corner! And with it, brand new Epic Quests explaining the backstory of Sky Fortress along with Faction Missions will be added. You will be able to play new Epic Quest at level 50. These Faction Missions are where our next wave of changes have been made to provide you with additional/alternative means to obtaining gear and resources including items like Legendary Armor Bonus Value Re-Rollers.

Faction Missions are issued by, you guessed it, Factions. You as a character have a reputation with each Faction that you can increase by doing their Faction missions, and you can do multiple Factions' missions a day. Some Factions will require you to have a certain level of reputation from another Faction before allowing you to do their missions, so completing as many as possible will help you in the long run.

Completing Faction Missions will net you Tokens of each Faction you can redeem for various items. Each Faction has a different list of items available so make sure to check each of them. There are Faction specific vanity items like Name Badges, as well as gear progression related items such as Epic gear or Re-Rollers, including the  Legendary Armor Bonus Value Re-Rollers.

I’m afraid that’s all I can reveal for today as we are still busy fine-tuning the expansion, but more details will be shared soon!

With the Guild base size now expanding in the December update, we also have an exciting new Guild Raid being prepared. This new Guild Raid is called Guild Xenon System and it’s comprised of 3 Raid Dungeons that Guilds can enter together (you can progressively unlock the next Raid Dungeon by clearing the previous one) . Each Guild Raid will give rewards once per week upon completion, with various rewards including Guild Funds, Guild EXP, and Guild Coins. Now with new ways to earn Guild Coins, we’ll also be adding a new outfit set that you can only purchase with Guild Coins. 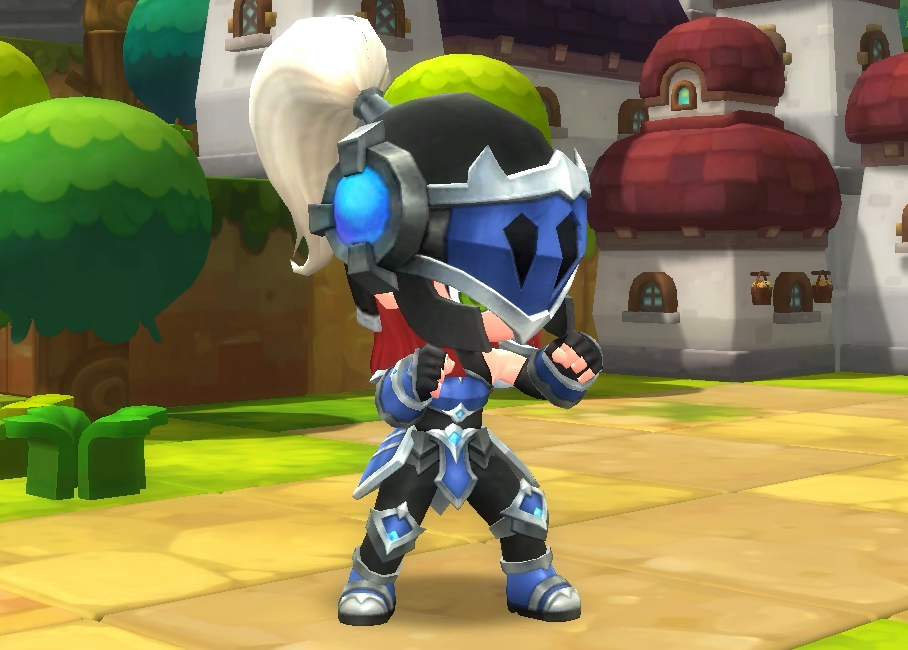 The main design intent of Guild Xenon System is to bring in a new dungeon that all guild mates can enjoy together. Cooperation will be the key to clearing these dungeons with various teamwork puzzle mechanics, while the impact from an individual’s gear will be minimum. We’d love to see your guild rise to the challenge as one team!

With the December 6th update, Maple Arena, Maple Arena will also be here! It's a fairly simple concept of 1 vs 1 combat system but we do have some major differences in detail with other services. Since we're making some final adjustments to this system, we'll share more details on this topic before the update.

Black Market / 1:1 Trade Level Restriction will require you to have level 60 character in the account to list / initiate and will require level 50 to purchase/accept.

I know this change may not seem ideal for players below level 50 or 60 but our ongoing investigations are finding unintended use of these trading systems by meso farmers at low-level ranges, which is fluctuating the market prices. With more than 20,000 malicious accounts being banned yesterday alone, we’d like to combat this as hard as we can to restore the market balance. This change will be applied with the maintenance scheduled on November 29.

As for the community’s suggestion about displaying market average prices of an item on Black Market, we’re reviewing this internally and will let you know as soon as we can provide more details.

Another change we will be making to combat meso farming is making Crystal Fragments account-bound. While this shouldn’t have too much of an impact on normal players (as you can easily buy Crystal Fragments from any Supply Shop as needed), we’re noticing some suspicious activities around Crystal Fragments with meso farmers and would like to make a proactive change.

With the above Black Market changes, we are expecting meso sellers to look for different ways to level up the characters. To combat this, we are also going to lower the exp gained from Fishing and Playing Instruments to level 60. This only will apply to regular levels and we won’t be adjusting the Prestige EXP earned from them to reduce the impact of this change to normal players though.

In regards to the above changes we are making to combat meso sellers, we tried to minimize the impact our changes may cause toward our normal players. But we do know that some changes will inevitably have side effects, especially for newcomers, and we will be on the lookout for any concerns to ensure we can make right adjustments accordingly. Please do know though that we intend on making more adjustments to clean the streets of MapleStory 2 and are expecting to need to make more of these types of changes short term.

We have released a microsite featuring the key contents which will be added to the game with the first phase of the Skybound Expansion! If you haven’t please visit the site here.

To clarify one of the questions we have seen from the community, YES, we are adding one new free character slot and one purchasable character slot with the update. Also, you get the level up potion one per account. Please share the news with all of your friends!

This is just a slice of what we’ve been working on for December, and many more details are coming very soon too! As always, we’re carefully listening and striving to make the right choices for MapleStory 2. Thanks for being the best community I know. See you in the game!